I normally would not bother to respond to the piece presented on NPR regarding “The Big Lie” of the election results of November 2020.  I can only hope that this reply will make it further than a trash bind.  The reason I am responding is because I feel compelled to seek for and expose the Truth just as earnestly as you feel the need to expose what you believe to be a lie.  I can only hope that for the sake of Truth, you will grant me the time and opportunity to connect you with some of the evidence for the “other side”.

Let’s start here:  ask yourself this question, why hasn’t Joe Biden corrected or recanted on his statement that his campaign was able to put together “the most extensive and inclusive VOTER FRAUD organization in the history of American politics” (https://www.youtube.com/watch?v=MA8a2g6tTp0)?  You could say he obviously misspoke, but if not, why not simply correct it or explain what he really meant?  He has done neither, leading us to conclude what?  (He doesn’t care what he said, he has no need to explain it, or maybe it just might be true.)

Like a mantra, many news organizations, NPR included, will repeatedly (relentlessly) state that there is “no evidence” for the Nov. 2020 presidential election fraud.  My concern is that I hear the statement, but I’m never given the evidence to back it up.  I hear commentators share their opinions and views, but no examination or explanation of what they have done to invalidate the allegations.

I have to ask, how hard have you or any of the commentators looked at, tried to explain, or explored the evidence promulgated by various sites claiming that there was fraud?

There are several sites that are the source for fraud allegations:

The following points are derived from the ElectionFraud20.org site and can be viewed by state.  I have selected a few states and listed key statements and allegations regarding the election results of 2020.

The chairman of the judiciary subcommittee (William T. Ligon), in a 15 page report, called the results of the 2020 election “untrustworthy” and recommended that the certification of the results be rescinded.

Per Wisconsin law, “Results which do not comply with those regulations may not be included in the certified results of any election” and yet,

Given these points and allegations (and this is just a fraction as you may surmise), in all truthfulness I have to ask, “Who is telling the Truth to who”?  I’ll be listening for some evidence that answers these and many more questions.

[New addition] And to top it off, have you seen the movie 2,000 Mules (https://node-1.2000mules.com/)? This one scheme alone was enough to sway the outcome of the election. 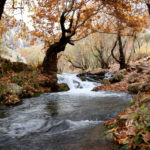 Water Quality
Comments are Off 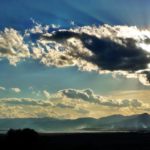 Climate Change
Comments are Off 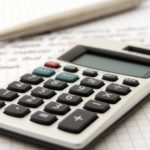 Taxation
Comments are Off